Olivier Foulon
The Soliloquy of the Broom 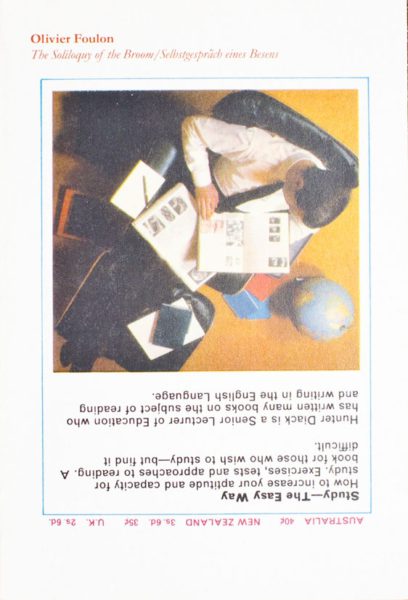 The Soliloquy of the Broom is a transcript of a conversation between Olivier Foulon and Michael Krebber on their mutual interest in Gustave Courbet. The publication follows from the work Foulon made as part of If I Can’t Dance’s Edition III – Masquerade (2008–10), which focused on the concept of masquerade in relation to painting. In a 16mm film Foulon brought together four paintings of Courbet that are each different versions of the portrait Jo, the Beautiful Irish Girl (1865–66). His film visualizes not only early forms of mass production in art, but also reflects on the concept of a model that is used as a template for a painting that itself then becomes the model for another.